The majority of examinations will take place on Mile End campus however external venues are also used.  Please read the information on this page carefully and view the below maps to ensure you know where your exam is taking place.

The Arts Pavilion (ARTS PAV) and Ecology Pavilion (ECO PAV) are located just a short walk from the Mile End Campus, just off of Grove Road in Mile End Park.

Walking down Grove Road, the ARTS PAV can be reached by turning left down Clinton Road, just after the Texaco Garage. (A nine minute walk from The Queens’ Building according to Google Maps)

The ECO PAV can be reached by continuing slightly further down Grove Road and entering the park to the left just after the turning to Haverfield Road. (A 14 minute walk from The Queens’ Building)

Whichever way you choose to travel, please ensure that you allow enough time to arrive at least 15 minutes before the start time of your exam.

Map to the Arts and Ecology Pavillions 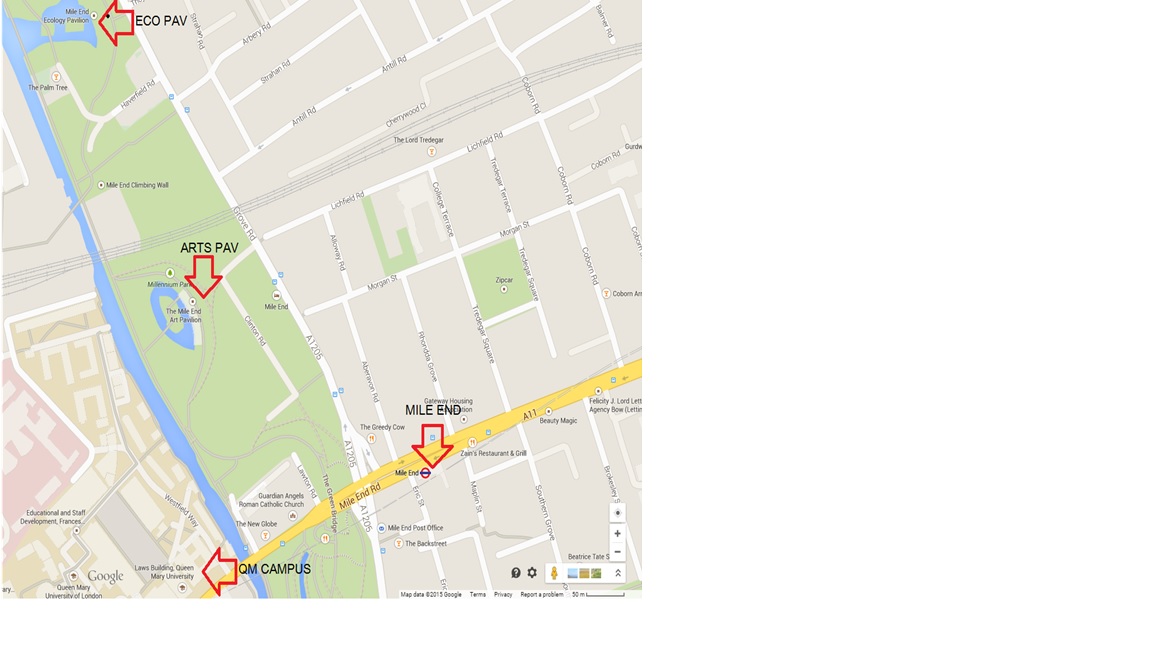